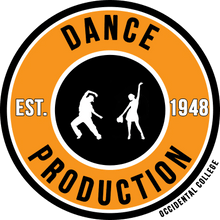 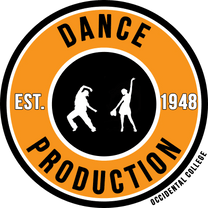 This page features catchy tunes created by the talented Oxy community! Be sure to explore everything!

"This piece is a song I wrote with my sister as a late mother's day gift for our mom. When I went to Oxy, I found myself reflecting a lot on the relationship I have with different family members and how I can continue that even if I'm not living at home all the time anymore. I felt like this was one of the most authentic ways I could show my mom how much I love her and spend meaningful time with my sister because towards the end of high school she and I became much closer. She's 5 years younger than me and came up with half of the lyrics. For me, this affirms not only how much passion and joy I get from being a music production major, but also how much love there can be in my family even if it doesn't always feel like it's there. I performed it live on a camping trip this past summer on an acoustic guitar and I only started taking guitar seriously this year so I'm proud of myself."

"This is a sneak peek of the soundtrack I wrote for "System of Exiles," a video game being developed by 228 Interactive in which the player is fighting in a grand cosmic-wide war: "The future of humanity is in the hands of those forgotten: the rejected, the abandoned, the Exiles." For this piece, I wanted to embody the loneliness of being an exile drifting through space mixed with the determination of survival. You can follow more of our studio's adventures at https://www.facebook.com/228Interactive "

"This song started its life as an entry in Prime Number Magazine's monthly 53-word story contest. The prompt that month was to write a story about 'a rocky road.' Although I didn't win, the tune for 'Poor, poor Harriet' popped into my head, and the story became a song."

These pieces are the musical expressions of two distinct parent/child experiences. Adrienne Albert describes how her piece "Sam's Dance" was originally conceived as she awaited her father who was undergoing foot surgery. She writes "He had the lithe physique of an athlete whose only sport was Walking. Sam religiously walked five miles everyday of his life. While sitting in the hospital waiting for his results, images of my father walking with a cane paraded as a three-legged waltz. The bravado of the opening and closing sections are bookends surrounding the melancholy melodies that characterized a man constantly searching for lost dreams, hopes and loves."

The second piece, "A Father's Letter", was composed by Ramesh Kannan for the film "Khol Do". The film is about a father searching for his daughter whom he was separated from in riots during the partition of Pakistan from India in 1947. This particular piece of music is from a montage of the two getting separated, and Kannan describes it as "a simple letter of love and care from the father to the daughter."

Performing piano on both pieces is Mitsuko Morikawa. On "A Father's Letter", I am joined by my Mom and first flute teacher - Carol Mellis - someone who I've been deeply blessed to share music with as part of our own parent/child relationship.

Questions? Reach out to us at dancepro@oxy.edu